"Bad boy drummer with a past meets do gooder charity girl. Super fast read and easy to get lost in character descriptions. Brooke Page writes with just the right amount of details without overdoing it. Can’t wait to read the rest in the series."

I was the good girl, the one every parent dreamed their daughter would grow up to be.
All it took was for a stranger to show up to a community playground project that my parent’s nonprofit had organized.

He wasn’t like any other man I’d come across. Tall and lean, strong muscles with tattoos and a killer smile distracted me the entire morning.
Little did I know when he told me he worked on the road, that really meant,
I’m a drummer in the most popular rock band on the music charts.

When my best friend with an anger problem pushed me out of my comfort zone, I found myself standing awkwardly at his concert, still in disbelief that the drummer on the stage was the same good citizen I’d built a playground with from scratch.

My parents always told me to stay away from musicians and guys with tattoos, believing I’d start the perfect life with a white picket fence and their family friend’s all-too-proper son.

But I don’t know if I can resist the desire to be bad with a rock star.

Even if it’s just for one night. 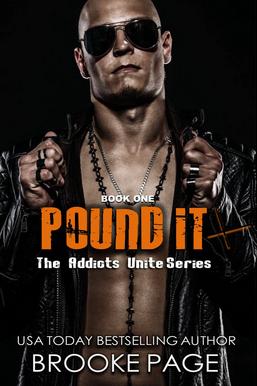 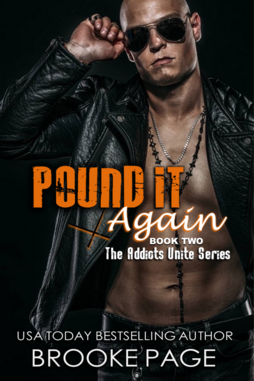 "Cassidy and Gunner's story continues. A beautiful love story that just gets better. Their chemistry is over the top and they are so great together."- Amazon Reader

That's all I thought I needed with Gunner Stalls, but he's swarming my thoughts and taking over my emotions, the mark from his lips and tongue burning a constant reminder of how he set me on fire. I can't erase my feelings toward him.

I need another night with the drummer from Addicts Unite.

What makes me nervous? The information I found when I went against my better judgment and Googled his name. As if his lifestyle weren't already the exact opposite of mine, now I've got an idea of just how bad the skeletons in his closet are.

New York will be the test on how far I'm willing to push myself out of my comfort zone.

You’d think the most gorgeous and talented woman in the music business would capture my attention.
You’d think I’d be thrilled and honored to have her join my band on our worldwide tour, blending her fans with ours to create one explosive tribe.
You’d think my response would be an automatic yes like the rest of my bandmates.
You know what I think?
Hell. No.
Although Raina Skye is beautiful, talented, and the latest Princess of Pop, she’s the last person in the world I’d want to share a stage with.
Why?
She told the press that I was obsessed with her, that I wanted a relationship but she turned me down, which was the farthest from the truth.
Now, our band manager isn’t giving us a choice, demanding that I play nice.
She wants to mend our professional relationship, but I’m not the forgiving kind.
But the moment she opens her mouth and sings into the microphone, all of my senses shift into overdrive, and I’ve never been more thankful to have a guitar covering the front of my pants.
Why do I want someone who gets under my skin so badly?
Someone who drives me crazy and causes an insane amount of stress, that I debate on dabbling into my old bad habits? The same habits that became so out of control, that I destroyed my family. The only good coming out of it being the evolution of Addicts Unite.
By way my body was responding to her presence, I was in trouble.
She was going to become my new bad habit.
I think this could end terribly.
Or possibly, epic. 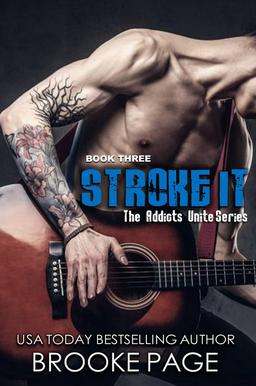